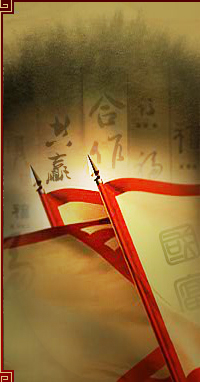 
Born in 1923 in Changsha, Hunan, Liao Jingwen was a librarian at China Academy of Art in Chongqing and entered Ginling College at Chengdu. After she married Xu Beihong in 1945, she assisted his work and took care of his life, which was recorded in the biography she wrote The Life of Xu Beihong. Liao Jingwen has been the person in charge, director, research fellow and head of Xu Beihong studio since 1957. She is also an art consultant of Gofu Gold Company.


Born in 1955 in Beijing with Rongcheng, Shandong as the ancestral home, Ma Weidu is a member of China Democratic National Construction Association and professional collector who has started to collect ancient Chinese artwork since 1980s with a collection of ceramics, ancient furniture, jadeware, lacquerware and metal works. As a speaker of Lecture Room on CCTV and supper best seller, Ma Weidu earned RMB7.45 million royalty income in 2008 and ranked the 5th on “ 2008 the third Chinese writers’ rich list”. He currently provides Gofu Gold Company with art consultation.


Born in 1958 at Beijing, Zhang Fang is the son of Zhang Songhe, one of the founders of new China’s sculpture industry, and graduated from the department of sculpture of Central Academy of Fine Arts. He’s been living in America since 1989 and is a member of the council of Overseas Chinese Artists Association in America. He used to attend assorted exhibition at home and abroad and his sculptures have been collected in America and Italy. He currently provides Gofu Gold Company with art consultation.

Chen Nan—one of the core designers of Olympics mascots Fuwa


As an associate professor of college of fine arts of Tsinghua University, a member of Chinese Artists Association and a national member of the Committee of the China Package Design Association, Chen Nan accepted the invitation from Beijing Organizing Committee for the Olympic Games in March 2005 and joined the modification and creation team of the 29th Olympics mascots during the whole course and became one of the core designers of Olympics mascots Fuwa. He currently provides Gofu Gold Company with art consultation.